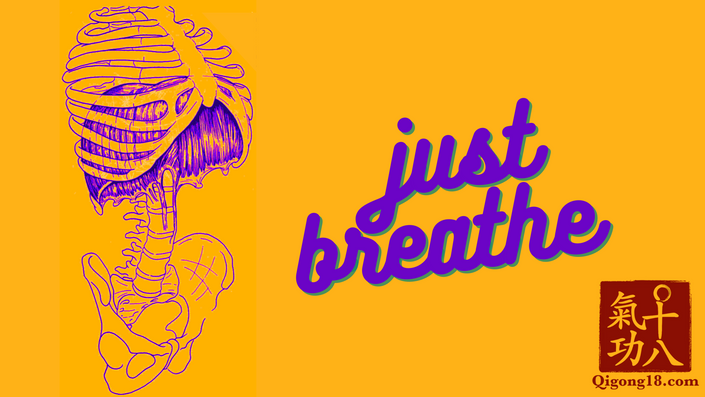 for Qigong and everyday life.


If you need more than 8 breaths per minute at rest, your breath is shallow. Everyone in our modern-day lifestyle has shallow breathing and is not taking advantage of all the effects of deep full-body breathing.
We think of breathing as the action of taking in oxygen (O2) and exhaling carbon dioxide (CO2). But the act of breathing is involved in many more functions of the body that get stagnant without deep breathing. This is why breathing exercises were present all around the world as cultivation and health practices.
In this class, you will learn why and how breathing is affecting so many organic functions, from improving digestions and metabolism to improving blood and cerebrospinal fluid circulation, as well as aligning your posture effortlessly. But most importantly, you will learn how to improve your breathing capacity and integrate it into your daily lives to reap its benefits.
This class was recorded during my Taiji Qigong Shibashi set 1 teacher training. It was designed to explain the main bones and muscles structure involved in the process of breathing. It is separated into 3 layers:
-Abdominal breathing, relating to the diaphragm, abdomen, pelvis, and lower back.
-Thoracic breathing, relating to the chest, ribs, and middle back.
-Upper Thoracic breathing, relating to the shoulders, neck, sinuses, and head.
All 3 layers are then linked together to form what I call full-body breathing. This full-body breathing is then incorporated into every movement of the Taiji Qigong Shibashi and can be used for any Qigong or internal arts practice as well as being helpful for everyday life.
I’m looking forward to assisting you in your breathing journey. 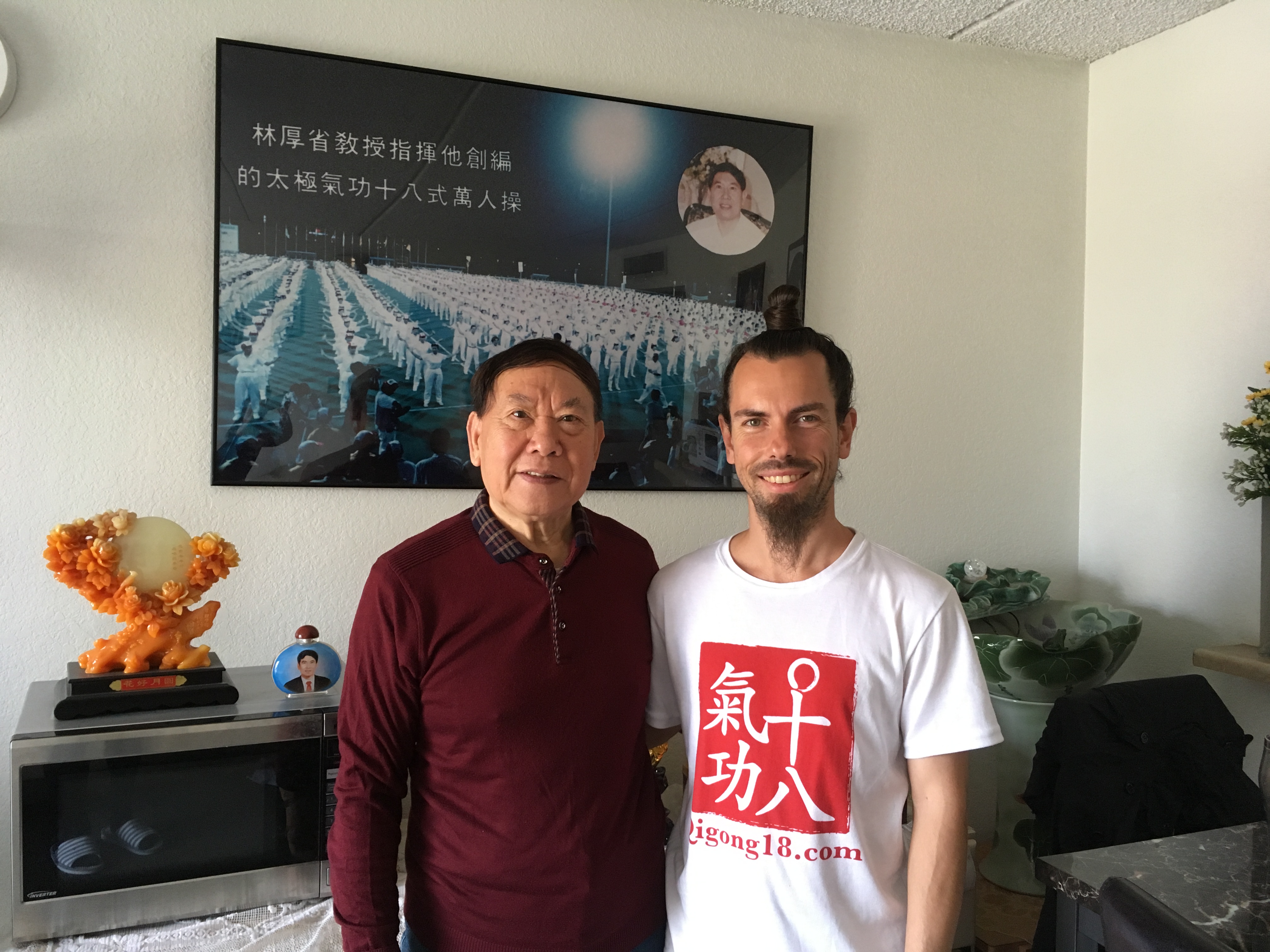 At that point, I had the immense privilege to study with one of the greatest Qigong Master alive today: Professor Lin Housheng.

Prof. Lin is the creator of Taiji Qigong Shibashi (18 movements/form), one of the most popular system of Qigong in the world. Prof. Lin gained fame in China and South-East Asia in the 80’s. He participated in scientific research demonstrating the materiality of Qi in the laboratory of the famous nuclear scientist, Gu Hansen. He continued his research and performed over 40 Qigong anesthesia in the Shanghai No. 8 People’s Hospital when he was the Director of the Shanghai Qigong Institute of the Shanghai Traditional Chinese Medicine University.

In September 2011, I began my private training with Prof. Lin at his residence in Los Angeles. In February 2012, Prof. Lin mandated Francois Caron and myself to be his official representatives for Canada and France, with the mission to rectify the transformations that occurred in the spreading of Taiji Qigong Shibashi in the West. Prof. Lin also authorized us to teach the Shaolin Qigong techniques he used to develop Qi projection for healing and anesthesias.

In September 2012, Francois and I launched, in Canada, the first Taiji Qigong Shibashi Teacher Training Program authorized by Prof. Lin.

In October 2013, as Chairperson of the Qigong Skills Demonstration during the 12th Shanghai International Symposium on Qigong Science (China), Prof. Lin invited Francois and myself to demonstrate with him the Taiji Qigong Shibashi Jing Hua Ban form (Elite edition/set 8) during the symposium. (Click here to see the video)

After receiving many requests from international students, I started offering high quality live private training through video chat (Skype, FaceTime, etc...). The fantastic tool that is Taiji Qigong Shibashi now becomes accessible to everyone who wishes to learn, without the tiredness and expenses related to traveling!

When does the course start and finish?
The course starts now and never ends! It is a completely self-paced online course - you decide when you start and when you finish.
How long do I have access to the course?
How does lifetime access sound? After enrolling, you have unlimited access to this course for as long as you like - across any and all devices you own.
What if I am unhappy with the course?
We would never want you to be unhappy! If you are unsatisfied with your purchase, contact us in the first 30 days and we will give you a full refund.
off original price!

The coupon code you entered is expired or invalid, but the course is still available!